Mr. Ro is very excited to be the new band director at Forest Park High School. He began his journey in band in sixth grade where he began playing the saxophone at Woodbridge Middle School. He began taking lessons at the local Music and Arts store, and eventually enrolled at Woodbridge Senior High School as a student of the Center for Fine and Performing Arts. While at Woodbridge, Mr. Ro participated in various musical ensembles including concert bands, marching band, symphony orchestra performances, musical pit orchestra, and was a charter member of the Woodbridge Indoor Drumline.

After high School, Mr. Ro would attend Christopher Newport University, where he earned a Bachelor of Music majoring in Music Education and Saxophone Performance, and a Master of Arts in Teaching focusing on Instrumental Music Education. While at CNU, he performed with many ensembles on campus including Wind Ensemble, University Band, Saxophone Quartets and Quintets, Percussion Ensemble, Pep Band, and the Marching Captains. He also worked very closely with many composers on campus and helped premier new works almost every semester while at CNU.

During his time at CNU, Mr. Ro also sought performance opportunities off campus. He was able to further explore his passion for the marching arts by earning a spot playing bass drum for Forza East Independent Percussion, a now defunct open-class indoor drumline that competed in the Winter Guard International (WGI) competitive circuit. After that season, Mr. Ro would take the next indoor season off to return to his alma mater and join the staff at the Woodbridge Indoor Drumline. During the summer of 2015, he joined the Bushwackers Drum and Bugle Corps, a senior corps competing in the Drum Corps Associates competitive circuit. Mr. Ro made his return to the WGI scene in 2016 when he earned a spot playing bass drum for the George Mason University Indoor Drumline. He went back to GMU for his age-out season in 2017, ending his marching career. Mr. Ro also had the good fortune to work as a park musician at Busch Gardens Williamsburg. He played tenor sax, flute, and clarinet in the 2014 production of “Deck the Halls” during Christmas Town, and played baritone sax in the 2016 production of “The Starfright Orchestra” during Howl-O-Scream.

After graduating from CNU in 2017, Mr. Ro returned home to Woodbridge and began working at John Adams Elementary School in Alexandria, Virginia. While at John Adams, Mr. Ro taught general music to Preschool through Fifth Grade, and directed the John Adams Orchestra program. He was also on the educational staff for ASO Sympatico directing the Xylokids, a youth ensemble that met every morning before school that learned music using school xylophones. Mr. Ro would also assume his role as Drumline Coordinator at Forest Park High School, a position he would remain in until his most recent appointment as the school’s new band director.

When not at Forest Park, Mr. Ro can often be found arranging music or writing drill for various schools and ensembles, playing video games, and spending time with his pet guinea pigs Dusenberg and Bernadette. He is very excited to make music with you! 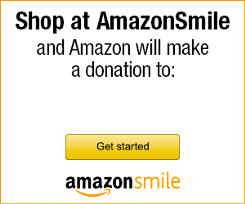 Forest Park HS Bruin Bands  @FPHSBruinBand
The arrival time to school is being delayed due to a medical emergency at the competition. All Forest Park students… https://t.co/Ymc50gzo5s
Oct 09 reply retweet favorite 2 months ago